Rate this item
(0 votes)
The technology, called “electrically accelerated and enhanced remineralization,” could make it to dentists’ offices within three years. 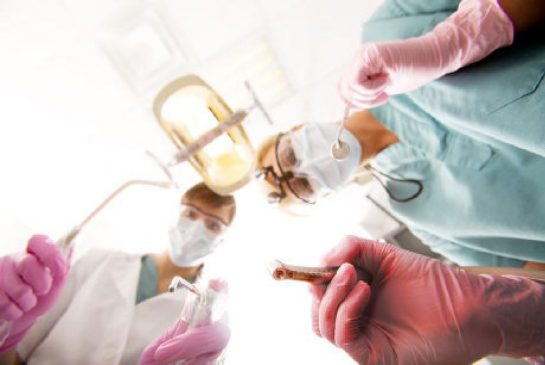 The dreaded dentist's drill could soon be a thing of the past.

There may be a time in the near future when fillings for minor cavities are a thing of the past.

Researchers at King’s College London are developing a procedure that uses low-frequency electrical currents to help teeth “self heal” lesions (a.k.a. cavities) without drilling.

The technology, called “electrically accelerated and enhanced remineralization,” could put an end to fillings for early-stage lesions and moderate tooth decay. Eventually it could lead to new treatments for more advanced decay.

Sounds good, right? There’s even better news: This technology could make it to dentists’ offices within three years.

By the time a dentist looks at an X-ray and diagnoses a patient with a cavity, he or she is seeing a tooth after it has lost minerals in the enamel and has started to decay.

Teeth can repair themselves by replacing those minerals with ones found in saliva or fluoride through a natural “remineralization” process. Researchers have been trying to figure out how to enhance that process by making it faster and allowing it to work more deeply in the tooth.

Pitts said his team’s “Eureka” moment came when they began focusing on preparing the tooth by removing barriers to the remineralization process, including saliva and tissue. Step two involves using electrical currents to help drive minerals into the tooth.

In theory, a dentist would be able to place what Pitts calls a “healing hand piece” on the surface of the tooth for the duration of the relatively quick procedure. It emits an imperceptible electric current that drives minerals back into the tooth.

“Using the electrical method, we can achieve remineralization that would have taken weeks and we can do it an order of magnitude faster and better,” he said.

The World Health Organization estimates that 60-90 percent of schoolchildren and nearly 100 percent of adults worldwide have dental cavities.

Now it appears that technology might be close to meeting the growing demand for pain-free, effective solutions to cavities that don’t discourage people from coming back to the dentist’s office for other serious problems such as gum disease.

“The procedure that’s involved in cutting a cavity and giving an injection is in some ways really uncomfortable. For some patients it’s a real phobia,” Pitts. “When patients are more relaxed, they’ll come for monitoring.”

“Dentistry is changing and quite a lot of what we’re doing is about health and well-being, and we need to control the dental decay as much as we can,” he added,

Pitts and his partner, dentist Christopher Longbottom, formed a company called Reminova to raise money and run patient trials of the technology in partnership with King’s College. Academic research supporting the validity of the remineralization technology is expected to be published in industry journals in coming months.

The pair is aiming to have the devices in dentists’ offices — beginning in Britain — within three years, which Pitts calls “conservative.”

As for the prognosis for dental offices on this side of the pond, Pitts acknowledged that the regulatory environment for medical treatments here is a little different. But he and his team have been working with international dentistry organizations throughout the process of developing the technology.

More in this category: « Is This the Last Toothbrush You’ll Ever Need? How Smiling Can Make You Happier (in 30 Milliseconds or Less!) »
back to top